The building is planned to have 5 storeys and have both office spaces and commercial spaces on the ground floor. There will be an underground parking garage and a rooftop terrace. 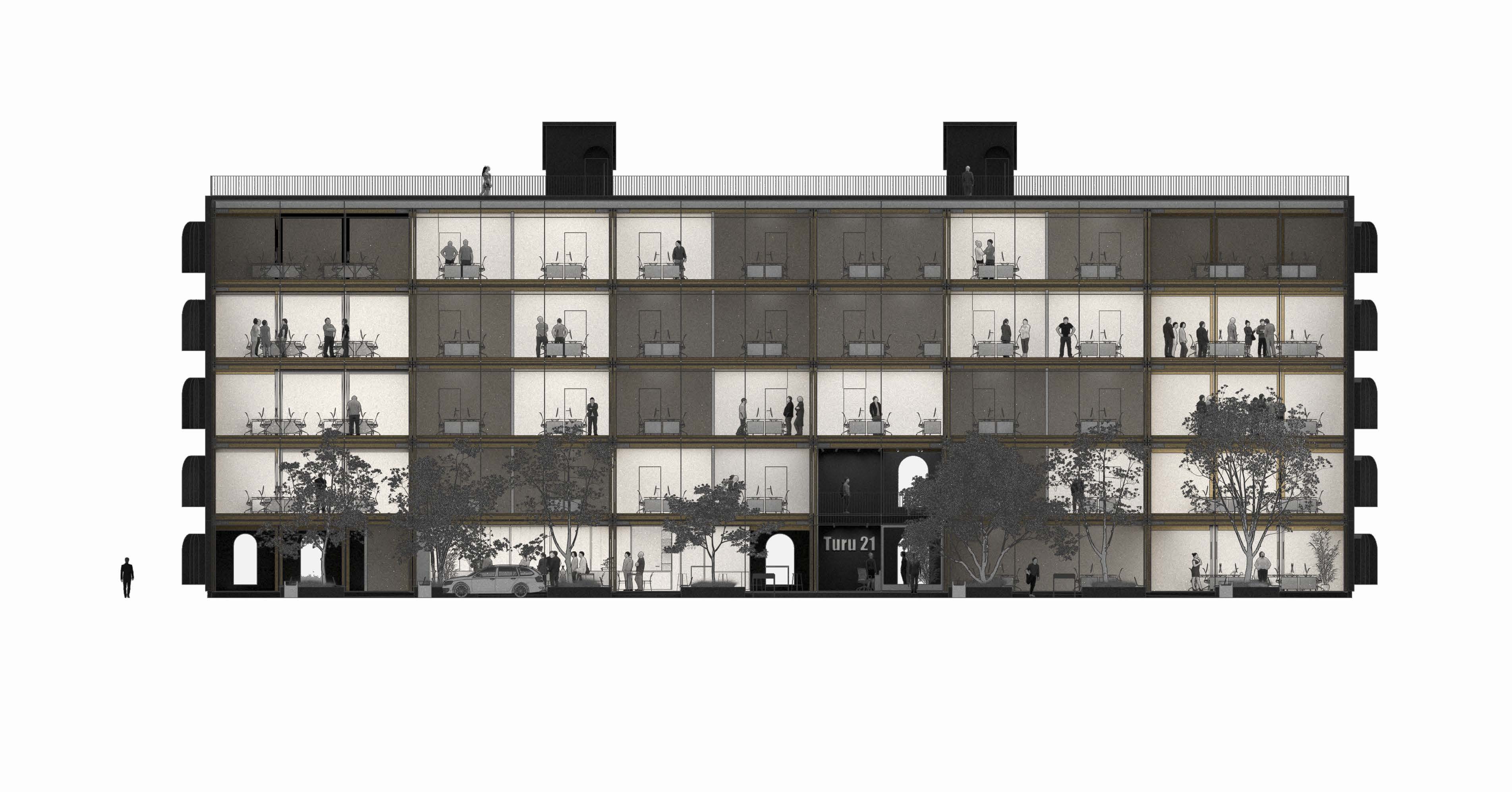 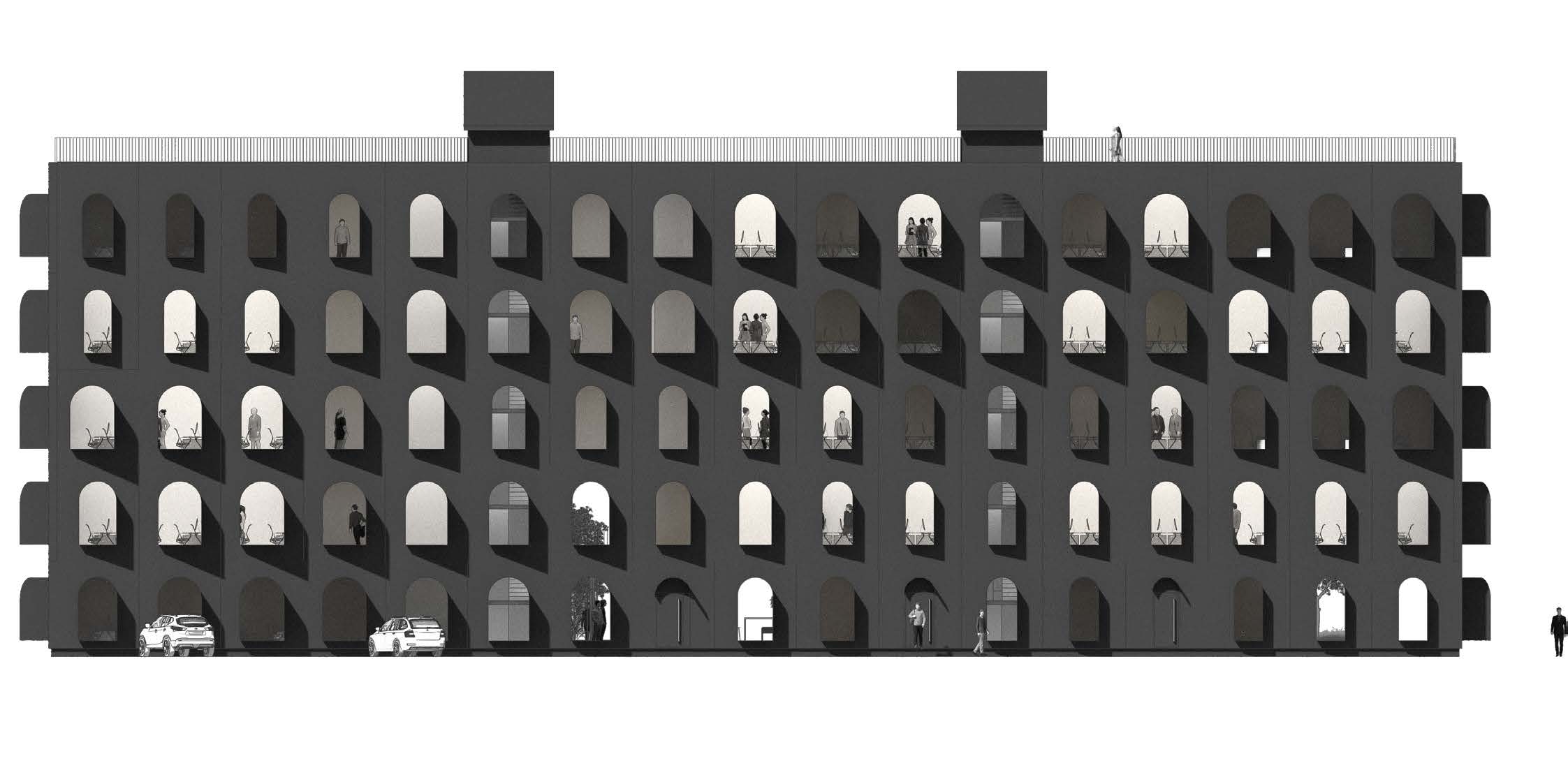 Due to the use of prefabricated modules the new building is thinner and higher than the original, but the overall layout has remained relatively similar to the original.

The building still features a central entrance hall with elevators and two staircases on each side. Ground floor is divided between businesses and upper floors are fitted for offices. The front side of the building consists of stacked M9 modules while the rear side consists of perpendicularly placed. The entrance hall has the height of two modules and the elevators now are placed within a single M6 module.

There now are fewer windows on the rear and the sides and the sizes vary. The reduced number helps to mini-mize thermal bridges. 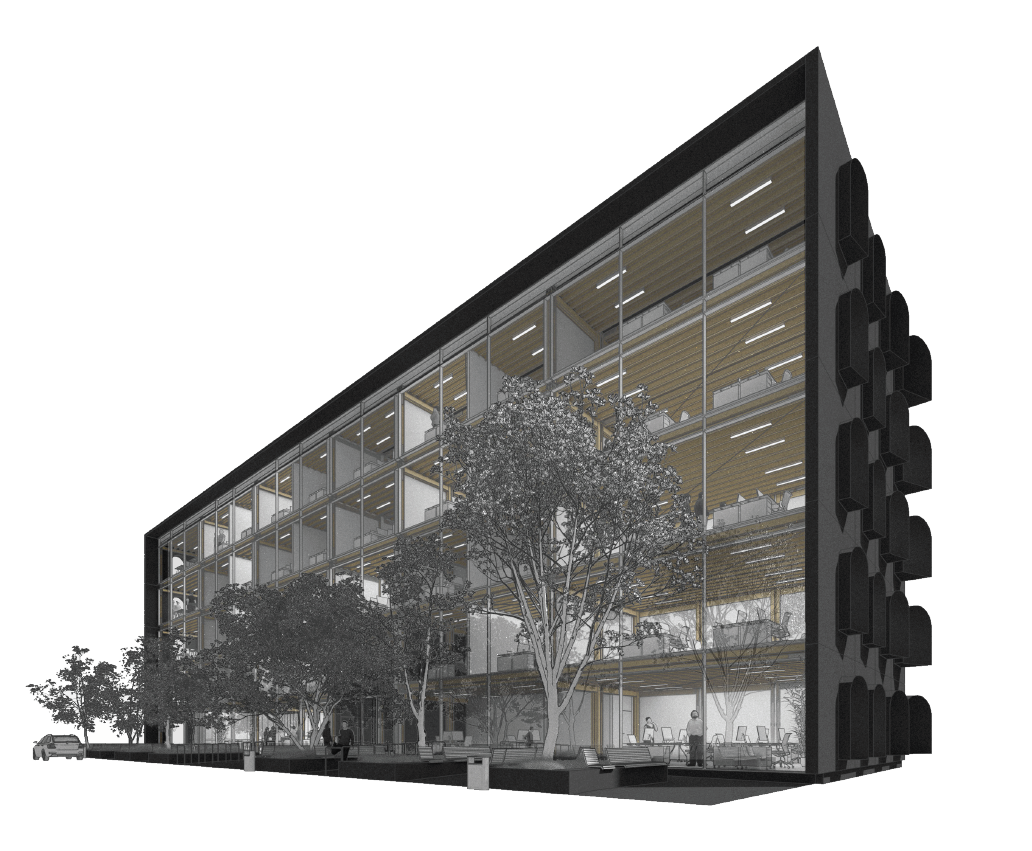 A competition entry to Hybrid CityPDF - 34,4MB
See all projects